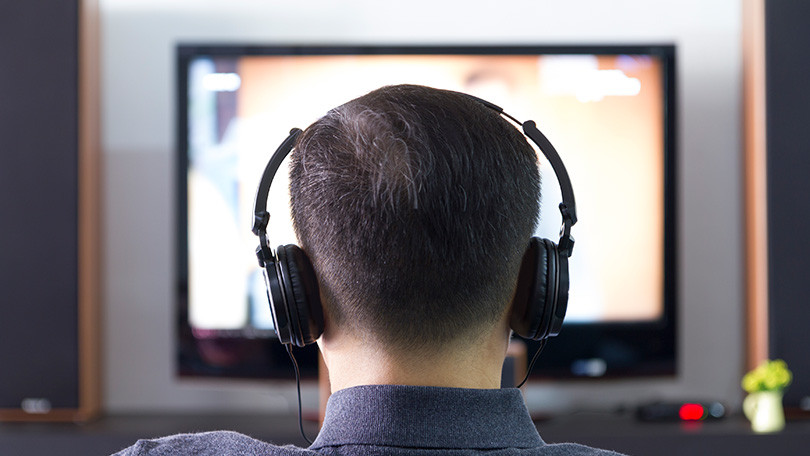 Anybody who has found their way to this site will probably agree that video-games are an interactive art form. They don’t just exist for your viewing pleasure, but for your listening pleasure as well. All the greatest games come with equally masterful and unique soundtracks. We’ve come a long way from the endless 90-second loops of Super Mario Bros – and I feel that these 5 games illustrate just how far we’ve come

The majority of video games soundtracks take on either an orchestral or electronic style, so it was really refreshing to see Id Software go for something different: an intense, hard hitting soundtrack that mixes a gritty heavy metal style with bassy electronic effects. This electro-metal hybrid works perfectly for an adrenaline-fuelled run-and-gun franchise like Doom and pumps up the bad-ass factor even higher. The music blends seamlessly into the action and makes for an intoxicating gameplay experience. The OSTs for Doom 2016 and Doom Eternal were both produced by composer Mick Gordon, but in my opinion, the Doom Eternal soundtrack is slightly truer to the original 90s Doom theme with the guitar riffs and djents seeming much more prominent in the sequel. My personal favourite tracks from both releases are BFG Division from Doom 2016, Mastermind from Doom 2016 and The Only Thing They Fear Is You from Doom Eternal. Have a listen!

The Witcher 3 is a famously atmospheric game in general, and most of that is down to it’s fabulously atmospheric soundtrack. Developed by a duo of Polish composers, the OST has a very tribal sound, inspired by slavic traditional music and recorded largely with medieval european instruments such as the hurdy gurdy, lute, erhu and dulcimers. The crowning jewels in my mind are the unique warbling vocals they use through the tracks that I absolutely love. The composers were clearly going for a more authentic, historically/culturally characteristic sound than a studio-polished finish, which is why it compliments the brutal, rugged world of the Witcher 3 so beautifully – it really takes you back to a past that never was. My favourite tracks are Whispers of Oxenfurt, Child of the Elder Blood and the iconic …Silver for Monsters.

The Portal 2 OST sounds like what would happen if a robot tried to make music having never heard music before. With a very heavy techno style – almost industrial – that is so unmistakably Portal 2, some of the tracks feel like a glimpse into the mind of a soulless machine. It gives the game an unnerving and otherworldly atmosphere as you explore the abandoned Aperture environments. It’s far from unusual for video games soundtracks to be influenced by the electronic genre, but few games I believe have taken it as far as Portal 2, blending sounds that are definitely not instruments into songs which are questionably “music” –  more like “electric chaos.” Fans of science-fiction and horror will love it though. My personal favourite tracks are Science is Fun, Forwarding the Cause of Science and, of course, the comical rendition of Want You Gone. While you’re at it, you should probably check out Still Alive from the first Portal as well – you won’t regret it.

The Last of Us

The OST from The Last of Us isn’t like the other entries on this list – it has no special instruments, no special style, no special tricks – but it is still very special. Every track feels very deliberate and measured, it doesn’t beg for your attention. There is a very forlorn tone that stretches through most of the individual tracks, but the soundtrack as a whole seems to wander constantly between hopelessness, and quiet resolve. I think that captures how it would feel to be a survivor in a post-apocalyptic world – life is hard, lonely and full of small victories. There are plenty of quiet moments in the music, some for suspense, but some for reflection. It might not be all that interesting from a musical point of view, but the effect is really heavy, at least it was for me. It allowed me share Joe and Ellie’s heartbreak and determination as they went through their struggle to survive, particularly All Gone and The Last of Us tracks.

I first played Monster Hunter 3 Ultimate (AKA Monster Hunter Tri) on my 3DS, and have been a faithful fan of the franchise ever since. No instalment thus far has impressed me musically as much as Monster Hunter 3 however. Each monster you hunt in the mainline story – as well as each area you visit – gets its own unique soundtrack, which really gives the monsters and locations their own character. These themes are short but masterfully crafted; in Monster Hunter 3, they opt for a wild and fantastic style (for wild and fantastic monsters!) for standard fights, but for “boss” fights, they opt instead for a grander, more “big orchestra” arrangement, presumably to add a bit of gravity to the otherwise silly and lighthearted ethos of the franchise. It’s the smaller mid-game monsters that I remember the most vividly, particularly the Usurpers of the Solitary Island theme and the Trap in the Stream theme. Each addition to the series takes inspiration from one particular culture or People – Monster Hunter 3 is inspired by tropical island nations such as the Polynesian or Caribbean islanders. This is definitely born out in this mystical and very exotic soundtrack.

The sign of a truly great soundtrack is if certain songs and jingles are enough to bring back great memories – maybe it’s the theme of a boss you struggled to beat, or an area that you loved exploring, or a character that you really liked. When I listen to the songs I’ve shared with you above, I find myself smiling without realising it – so many happy memories playing these awesome games, and I love being able to recapture some of those great experiences through these tracks.

So, what do you think? What are your favourite video game OSTs that stick out to you?

One thought on “Opinion: Five of My Favourite Video Game Soundtracks”