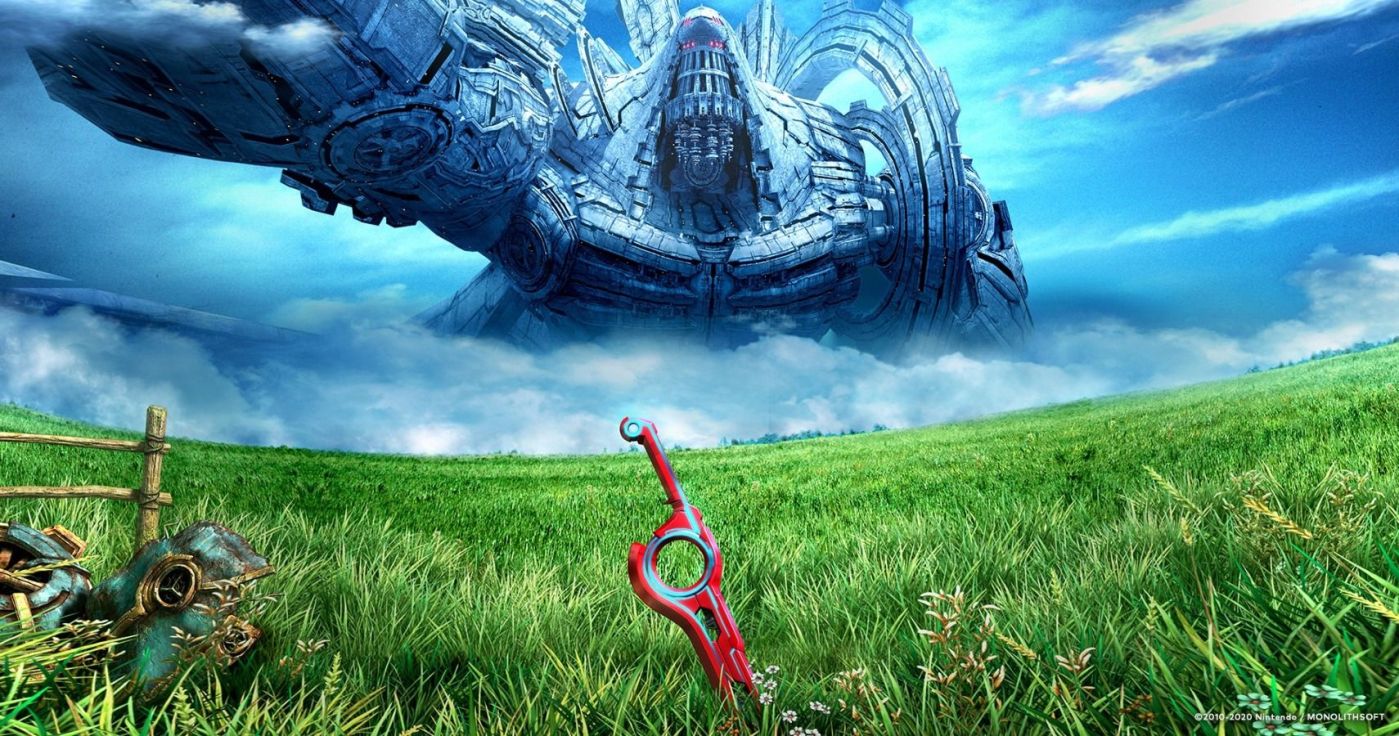 The JRPG genre is famous for having more than its fair share of long-ass games. So the fact that, even amongst JRPGs, this game has a reputation for being a handful is should tell you all you need to know about Xenoblade Chronicles.

Well, the Definitive Edition is certainly very pretty to look at. Is it any good to play?

I’m a sucker for a classic turn-based JRPG, but it’s hard to deny that real-time combat is just a bit more exciting. Xenoblade’s combat keeps you on your toes because absolutely necessitates movement – you can’t just stand in one spot and spam your abilities, you need to move around the battlefield to communicate with your allies, dodge attacks, etc. Not to mention that some abilities can only be used when standing behind or adjacent to the enemy.

Xenoblade’s combat system is also highly reliant on combos and chain attacks. It has a ‘break’ system which can take some time to get used to. It goes something like this:

Only certain characters can use moves which inflict ‘break’, ‘topple’ or ‘daze’ so knowing when to use them and in what order is the tricky part. Some bosses and high-level enemies can’t be damaged at all unless ‘broken’ or ‘toppled’.

Xenoblade Chronicle’s overall aesthetic blurs the lines between fantasy and sci-fi. On the one hand, you’ve got these beautiful, vibrant landscapes straight out of the Elder Scrolls, and on the other, you’ve got the harsher, more industrial, FFVII-esque buildings and character designs. I think there’s a little bit of something for everyone here.

There’s no doubt that Nintendo did an amazing job polishing up the graphics and animations in the Definitive Edition – it looks incredible and well worth the effort especially in a cutscene-heavy game like this one. And no, it’s not just because they made everybody more anime… even if that is a big part of it.

Xenoblade Chronicle’s soundtrack also got an upgrade in the Definitive Edition – it might be one of the most underrated JRPG soundtracks out there. It tends to err on the side of soothing most of the time, but the boss battle theme slaps. And this one too.

The grind is minimal

It’s too much to expect that a JRPG wouldn’t have any grinding in it – but I feel a real effort was made to make Xenoblade Chronicle’s as grind-free as possible. Until you approach mid to end-game, there is almost no need for grinding at all! Provided that you do some side quests, you’ll be able to progress from one boss to another pretty seamlessly.

JRPGs have a nasty habit of outstaying their welcome, and Xenoblade Chronicles is no exception. I would love somebody to come and explain to me why exactly this game needed to be +80, but I imagine I’d be waiting a long time.

Sometimes, I feels like the only reason people put up with 80+ hour RPGs is because:
A) they want to kudos of being one of the few players persistent enough to finish the game or
B) they think that the longer a game is, the better ‘value for money’ it is

I understand the logic. In 2021, games are pretty darn expensive and a lot of people can’t stomach the idea of paying £50+ for anything less than a 40-hour gameplay experience, especially for games with limited replayability.

But I’m convinced that it is simply impossible to keep the majority of players engaged in a linear story for more than 30+ hours. RPGs like Skyrim and the Witcher III can get away with being 100+ hour RPGs because each side quest is its own self contained storyline. In Xenoblade Chronicles, even calling the sidequests ‘quests’ is a bit of a misnomer – they’re more like objectives or challenges that usually involved collecting some items or killing a certain enemy with no real narrative attached to them. Xenoblade is a singular, linear story progressing from start to finish and it is totally unnecessary to draw the storytelling process out for 80+ hours.

Look at it this way: an 80+ hour RPG requires you to sit through the equivalent of over 34 full-length films worth of content. Can you imagine trying to watch a film series that was 34 films long? Can you imagine trying to remain engaged in a story that took THAT LONG to tell? Even TV series’ with 100s of episodes have self contained seasons and archs to make them a little more manageable.

So did I finish the game? Hell no, I didn’t finish the game! I’m a grown woman with stuff to do. I’m sorry, but there are simply too many good games out there for it to be worth investing 80+ hours of my time on just this one, no matter how good it might be.

As with many Japanese IPs, the core premise of Xenoblade Chronicles has so much potential. It takes place in an alternate Universe, presumably in the far future, where every single lifeform lives on the bodies of two gigantic colossi called the Bionis and the Mechonis, who lay dormant since their battle ended Millenia ago. The story itself revolves around a mysterious weapon called the Monado, and an ongoing war between the Bionis and Mechonis inhabitants.

It’s hard to describe what I mean by this without going into spoilers, but I think JRPG fans will know what I’m talking about because this is a recurrent theme within Japanese storytelling – the writers seem to always want to push past the limits of the original concept and make it into something weightier or more ambitious than it needed to be. They don’t know when to stop. It’s as if they think that putting limits on a protagonists power or putting any constraints on the scope of the in-game Universe will somehow make the game less interesting, when in reality, limits, rules and boundaries are the backbone of good narratives (IMO).

Sometimes, it’s a good thing when a story is taken in a direction you don’t expect. But other times, it just means that the storytelling doesn’t flow very well. Xenoblade Chronicles, unfortunately, is one of those times. I think it would have been a more impactful story if it had been a bit more focused and, dare I say, sensible.

For a game sold to me almost entirely on the basis of its amazing story, I can’t help but feel disappointed. Though I didn’t make it to the end of the game in my playthrough, I did watch through every single cutscene in the game (all 5+ hours worth of them) which is surely the next best thing. As the story progressed, I felt more and more confused and underwhelmed – I felt it lacked focus and a clear direction, which is what drove me to put the game down in the end. I stopped believing that the investment of my time into seeing the story through was going to be worth it… and it wouldn’t have been, truth be told.

This isn’t to say playing Xenoblade Chronicles wasn’t a worthwhile experience. In the end, the things I didn’t expect to enjoy were the things I enjoyed the most. The Bionis/Mechonis were fascinating worlds to explore; I liked the strategic combat; Shulk and his companions are very likeable protagonists.